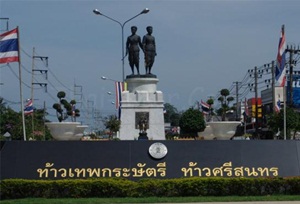 An annual event held in memory of the two heroine sisters, Khunying Muk and Khunying Chan, who jointly led the soldiers and people of Thalang, as Phuket was known formerly, in repelling the invading Burmese troops after a siege of one month. The titles of Thao Thep Krasattri and Thao Si Sunthon were bestowed on the sisters by King Rama I and a statue was erected at a crossroads near the centre of the island in recognition of the invaluable service they did to the country. Many celebratory events and activities are organized to commemorate this historical event.
Sea Turtles Releasing Ceremony (April)
Phuket used to be a home of various species of sea turtles which came ashore to lay eggs seasonally around the end of the year. Although tourists are no longer organized to watch sea turtles laying eggs at night, when they go diving they can still find some swimming past them. In order to help preserve these lovely animals, they are bred at the Phuket Aquarium and when the young sea turtles are mature enough, they are released into the sea in a ceremony.
The ceremony is usually held at Phanwa Cape and Nai Yang- Mai Khao Beaches on 13 April to coincide with the Songkran Festival.
Songkran Festival or Thai New Year ( 13-15 April ) 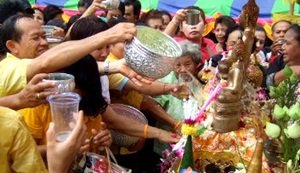 It is a time of joy, and Thais have long marked the occasion by making merit - by offering food to monks and by releasing caged birds, turtles, and fish. The latter custom had its origins where villagers would collect fish stranded in the pools left as the ponds and canals dried up in the searing heat, saving them till Songkran for release into the river. Not only was this a means of making merit, it served as an effective conservationist programme. You still see vendors offering these creatures for release in many parts of Bangkok as well as in rural areas, pyramids of tiny wooden cages filled with twittering birds, metal tanks swimming with turtles, eels, and fish. Water is a key element in the festival. Buddha images, both public and private, are washed with water, while the whole house is given an especially thorough cleaning. The idea seems to be to start the New Year fresh and clean both in body and spirit. 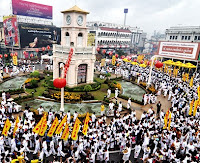 Despite its seemingly unattractive title, Phuket Vegetarian Festival is one of the most popular and most successful annual celebrations of Thailand. This 9-day event does not have fixed dates on the Gregorian calendar, but it is always held from the 1st to the 9th day of the 9th moon according to the Chinese lunar calendar which usually roughly corresponds to late September to mid-October. This is because the festival originated from immigrant miners from China in the 19th century.
Phuket residents of Chinese ancestry, and many Thais too, go on a vegetarian diet and attend ceremonies at local Chinese temples during this period. But to the tourists and non-participants, the most absorbing part of the long event is the colourful processions and the remarkable feats performed by possessed mediums. You won't believe your own eyes when seeing them.
Phuket Carnival (November)
This annual event, firstly held in 1985, marks the beginning of the tourist season in Phuket. It has been organized by the tourist trade community of Patong Beach to promote tourism in the province and to contribute to the unity among people in the various branches of the tourist industry. Activities include watersports and tourist beauty contests.
Phuket Laguna Triathlon (November)

The famous sporting event, held annually at Bang Thao Beach, comprises a 1800-metre swim, a 55-kilometre bike race and a 12-kilometre run. It attracts world-class triathletes from around the world. 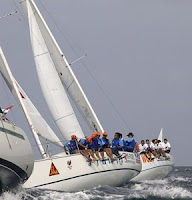 The Phuket King's Cup Regatta was first held in Phuket in December 1987 in celebration of the 60th birthday of His Majesty King Bhumibol Adulyadej. Since then, the Regatta has become an annual affair attracting more and more of the region's top yacht enthusiasts among hundreds of participants each year. It is now recognized as a world-class yachting event due to the top standard racing, the wonderful scenery and sailing conditions.
The best place to view this yachting sectacle is from Phromthep Cape, the southernmost tip of the island.