Phuket Island was assumed by geologists to be once part of the mainland in the form of a cape sticking out into the Andaman Sea but millions of years later the cape was gradually eroded by natural forces and finally detached from the main land. The cape was mentioned in a book written around the year 157 by Claudius Ptolemy, a famous Greek philosopher, that to travel to Malay Peninsula by ship, the travellers had to pass a cape known among them as Junk Ceylon. It was located between latitudes 6 N and 8 N which is the present site of Phuket Island. Junk Ceylon was at that time visited by merchants of several nations including India, Persia, and Arabia because the island offered a bay that protected its harbour from the wind and monsoon, making it a good stopover. Moreover, it had plenty of tin ore deposits that fetched high prices at that time because the mineral was much wanted by some foreign countries.

Junk Ceylon was later known among the locals as Thalang, which was also the name of the main town in the north of the island. In 1785, Thalang town was besieged by the Burmese troops invading the coastal area but Chan, the widow of the governor who had just died, and her sister Muk rose to the occasion by jointly shouldering the successful task of defending the land for over 30 days until starvation forced the enemy to retreat. Due to their heroic deeds, noble titles were bestowed on Chan and Muk as Thao Thep Krasattri and Thao Si Sunthon respectively. In 1966 a monument was erected at Tha Ruea Intersection, 12 km to the north of Phuket Town in memory of the sisters, who are still highly respected by Phuket people nowadays. 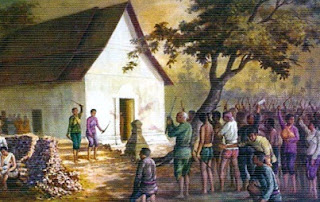 However, 24 years later, the Burmese succeeded in taking Thalang and many Thalang people fled to Phang-nga and Krabi. In 1825, some of them returned and re-establish a town on a new location but soon they moved back to their original site because of its better location for rice farming. This return of Thalang people did not make their town as important as in the past. Instead, the area in the south of the island (Phuket town today) grew quickly and became the centre of tin trade at that time. Known as Phuket, it was elevated to be a town in 1850. More people immigrated from Thalang and the nearby communities to Phuket. In 1894, Phuket was promoted to be a monthon (an administrative unit of that time). An important person who constructed Phuket as a modern city was Phraya Ratsada, who was appointed to govern Phuket monthon in 1902. His contributions also included improving the welfare of the locals, and setting up a network of markets in the countryside. In 1916, Phuket became a province. It was not until 1967 that Sarasin Bridge was built to connect the main land with Phuket.

Though the tin mining industry has played a specially important role in the economic development of the island province, it has declined especially after 1985 when the price of tin fell by half. The decline has also been due to the gradual decrease in the deposits after centuries of exploitation. So, Phuket had to look for a new industry on which to base its future economic development. Fortunately, its natural beauty was soon discovered and there was a boom of tourism in 1980's, which has lasted up to the 21st century. 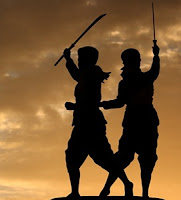